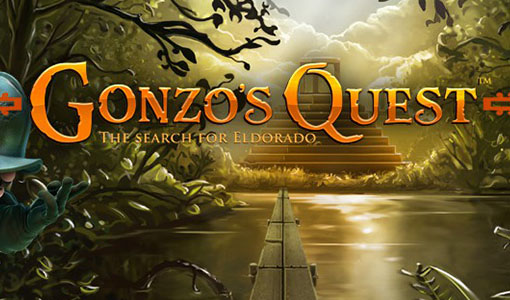 Gonzo’s Quest is an exciting game centered around South America. The game comes in a 3D format, which makes playing the game a worthwhile experience. Perhaps the first thing that will catch your attention is the graphics. They are so perfectly done, you might think that the game is real. You may need a little backstory about the main character in the game, Gonzo. He is in fact based on a real historical character called Gonzalo Pizzaro. Hence, a part of the game is actually real.

If you want to play the game, you can look it up in any casino powered by Net Entertainment. You will only bet £0.02 up to £1, which, we might add, is extremely low. On the other hand, the rewards are massive. 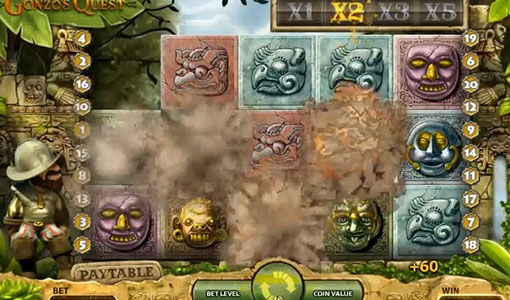 The main principle of the game is to keep an eye on the blue icon, which is worth 2,500 coins. The jackpot is awarded when the player matches up five blue face stones. Moreover, there are no limits to how often you can hit the jackpot in a day! The difference between this game and other slot games is the fact that the reels do not spin. Instead, symbols fall into these reels, and if the pay-line is matched, the symbols disappear and new icons replace them.

There are also bonus rounds in the game, triggered by the scatters in the game. If you have three or more golden icons, you are entitled to 10 free falls. In addition, the free fall round can also be triggered during free fall gameplay.

You can say that the only downside of this game lies with the symbols. This is because some of them look alike. Nonetheless, if you are observant, there is no way you will confuse them.