Different table games have defined the childhood of many individuals, and one example of that game is domino. Designed like a dice, a domino is a standard game among individuals and families who want a fun and uncomplicated table game. Domino is an old game, and according to game historians, it was first played during the 12th century in China. Other theories suggest that dominoes have originated in Arabia, and some even postulated that the early Egyptians developed the game. Whatever its history, there’s no denying the fact that dominoes are considered by many as a popular family and pub game. 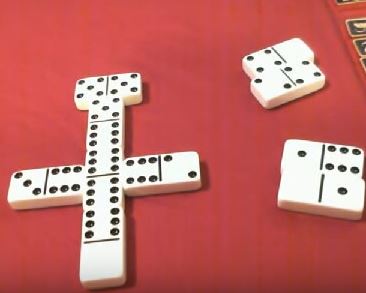 Tiles or bones feature lines in the middle, thus creating two equal squares. The value of each tile will depend on the number of spots found on each square. Most domino tiles will feature a value from zero (meaning no spot) to 6. Players call the total value of both squares weight and rank. In this game, it is a common practice among players to call the tiles based on the values they represent. For example, a tile with three and four spots will be called 3-4. If both the small squares of the tile feature the same number of spots, then it’s called a double.

Enthusiasts and players are known to play the layout game, which can be categorized into two types – scoring and blocking. Under the scoring game, the intention of the player is to get the best score. In the blocking game version of domino, the intention of the player is to block the side of the other player, and at the same time playing all the titles. At the end of this specialized game, the spots or pips of the losing side are counted. For the blocking game, each player will pick seven tiles from a pile of 28. Play starts by ‘downing’ the initial tile called the ‘line of play’, and the next tile moves should correspond to the value of the last square of the tile. This variation of the game will end if the player plays his last tile.