When it comes to a listing of the best and popular casino games available, the card game Baccarat will surely get into the list. Enthusiasts are treated to different types of this card game that includes Punto Banco and Baccarat Banque. In many casinos, the most popular version is Punto Banco, where the players are at the mercy of the cards dealt. There is no strategy or skills applied in this version, it is only a game of chance based on the value of the cards. Cards have values in the game, ranging from 2 to 9. The other cards in the deck like Ks, Qs, Js and 10s are considered zero-value cards, and Aces on the other hand are assigned a point.

Basics of the game 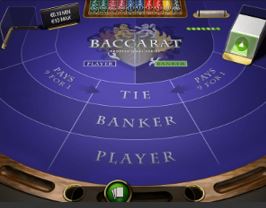 In the game played on a table, there are two hands that are dealt to the player. The main responsibility of the player is to judge which one has the better value, or which will win or if it will have the same value. There is a minimum of two cards for each hand, which can be raised to three. Under the rules, the dealer is expected to put the dealt cards face down. The player takes a look at the card values and returns it to the dealer. The dealer then reveals the cards of both hands, and the winner shall be announced. If one or both hands on the table will reveal an 8 or 9 where the latter is the highest in this card game, it is referred to as ‘Natural’ and means that no cards will be dealt. In case the value is not considered a natural, the game shall allow the dealing of another card. Once this step of the game has been completed, the values will be added once again and the hand with the highest amount or count wins the game.

A few reminders about Baccarat

When it comes to the third card rule of the game, keep in mind that when your total is less than 5, then it is better to call for another card to increase your count. A count of at least 7 should be safe for amateur players of the game. On the bank’s side, if the count is 2 or less, the bank will automatically get another card no matter what the value is of the other player. But when the card count of the bank stands at 7, then there’s no need for a third card and value stands.